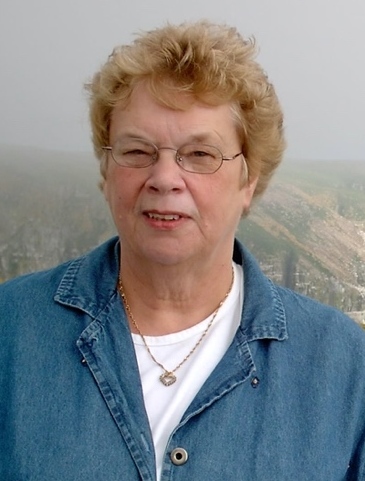 Obituary of Carol May Newman

Please share a memory of Carol to include in a keepsake book for family and friends.
View Tribute Book

Carol May Newman (Pike) was born December 26, 1941 at Red Bay, Labrador, the family of seven fishers, her father in charge of the community wharf. As a young woman, Carol worked with the Grenfell Mission in St. Anthony, the United Church School in Flowers Cove, and the Hudson’s Bay Store in Happy Valley-Goose Bay. It was here that Carol met Lorne who was working on the military base, the son of Pentecostal ministers in the community. Lorne and, Carol were married on October 6, 1965, their first son, David born in Happy Valley on September 29, 1967. In 1969 they moved to St. John’s, then in 1971 to Oshawa, Ontario, Lorne pursuing his education before working with the federal government. It is in Oshawa their second son, PeterDaniel was born on May 24, 1972. In 1976 the family moved to Lewisporte where while Lorne opened an accounting practice, and the boys attended school, Carol continued her own education, hosted Trade School boarders, worked in her husband’s firm, managed a store, and volunteered for many years at the Senior’s Home on both the palliative care committee, and as president of the North Haven Manor Auxiliary. In 2008 Lorne and Carol retired to Manuels, Conception Bay South, where they have enjoyed the company of their children and grandchildren. Carol will be remembered as an intelligent, humorous, loving person; an avid reader; and an amazing cook, who with Lorne was the centre of their family’s lives. Carol passed away on October 2, 2022 at the Health Science Centre, St. John’s, at 80 years. Preceding Carol were her parents Maxwell Pike and Flora (Moores), brother Theodore, and sisters Ruby [Woodrow] and Ella. Mourning her passing is her husband Lorne; son David and Deidra, and grandchildren Daniel-Caleb and Rasami; son Peter-Daniel and Kelley, and grandchildren Perryn and Memphis; brother Ronald [Shirley], beloved nieces, nephews, her Pike and Newman family, and a myriad of friends. Carol is already incredibly missed.

Look inside to read what others have shared
Family and friends are coming together online to create a special keepsake. Every memory left on the online obituary will be automatically included in this book.
View Tribute Book

Share Your Memory of
Carol
Upload Your Memory View All Memories
Be the first to upload a memory!
Share A Memory
Plant a Tree